Earth2 is the latest internet phenomenon. You can read more about it in this article.

Can you make money by investing in Earth2?

Yes. Read my article Should you invest in Earth2?

Should I invest in Earth2?

Read our article Should you invest in Earth2?

Is Earth2 a Scam?

We don’t think so. Read our thoughts on the subject in this article.

How do I earn money in Earth2

You earn money by first buying land tiles. First you need to deposit money to your account. Then you select the tiles you want to buy. Then you can sell that land on a marketplace for a potential profit. As of now the prices have gone up significantly since the start of the projectl. You also sometimes gain land tax for all tiles you own.

You can read about mega-cities here.

What are the future plans for Earth2?

There are three phases of development, and now we are in the first. See this article for more information.

Can I get a discount code for Earth2?

Yes, feel free to use this one for 5% off all new tile purchases in Earth2:

What tiles to buy?

You can read this guide for some awesome tips.

Essence is a crypto-currency in Earth2. The idea is, that each property produces Essence. The production of Essence can be enhanced by following this guide

What is the telepotation system?

The teleportation system is an upcoming feature, allowing other users to teleport to their property. Larger properties will be able to register a more premium teleportation name.

What is land income tax?

Land income tax is one of the ways you earn money in Earth2. Each tier 1 tile generates land income tax, as tiles are sold in the country. Look at this guide for more information (under tip#2).

What are tile tiers?

Each property has a tier of either 1 or 2. Tier 1 tiles generate both tax income, jewels, as well as more Essence than tier 2 properties. Tiles bought after December 4th 2021 are by default tier 2, but they can be upgraded to tier 1 using Essence. This is highly recommended as the initial Essence investment is quickly returned.

Tier 1 properties has the following features that Tier 2 properties do not:

At present there are 7 basic jewels, which are tagged to the 8 resources Earth2 announced (but yet to generate).

Furthermore, each jewel appear in 5 variants – Cracked, Cloudy, Common, Clear and Luminous. The higher purer the variant, the more boost you get. What’s the use of crafting rare jewels?
– They can be sold in the bazaar for profit
– They can be used to improve resource production even more.
– They can be used in soon to be announced PVP games
– They are going to make jewels more rare and scarce, thereby increasing the value of Jewels

Also, special jewels, such as Jamaica, Sunset & Sunrise Jewels can be crafted using the guide below. These have the capability to increase Essence.

Below you can see how to create them.

Here's how to craft Jamaica, Sunset and Sunrise Jewels for increased Essence production. 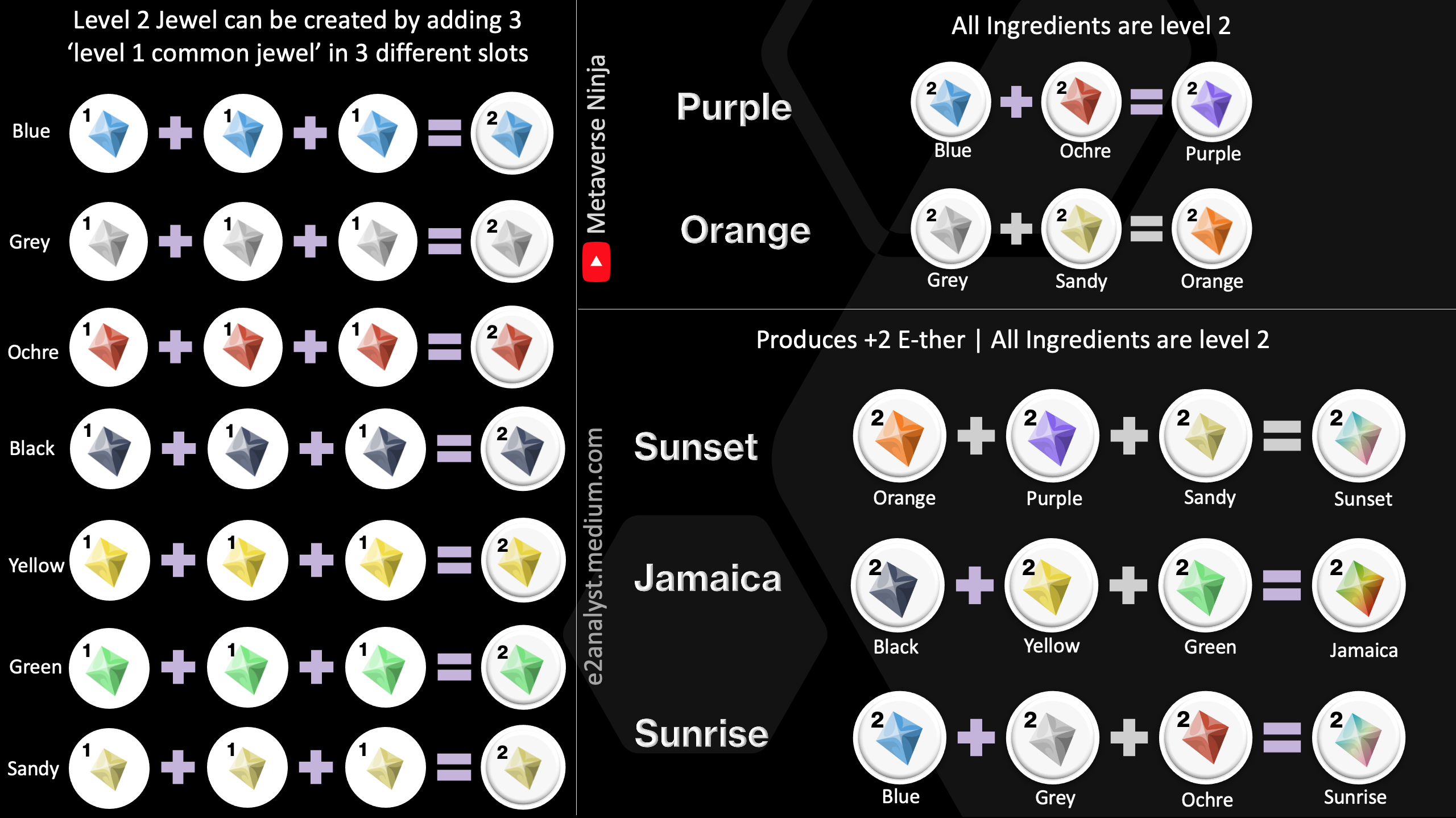 If you are considering investing in Earth please use the 5% discount code below. Then you will also be supporting DiscoverEarth2 to help us continue to bring you the latest news, guides and info on Earth2.